Generally they are short and dark-skinned. Many stink because they wear the same clothes for weeks. They construct shacks to live in on the outskirts. When they aspire to live in the city centre they rent ugly, run-down apartments; they appear at first, two of them looking for a room and a kitchen, and soon after a few days there are four of them, then six, eight, 10 and what have you.

They speak a language unintelligible, perhaps ancient dialects. Their children they use to beg with, while in front of the churches women and the old ask for pity in whimpering and irritating tones. They produce lots of children, struggling to keep them, while remaining strongly united among themselves.

It is said they are dedicated to thieving and, if confronted, violent. Our women ignore them because they are savage and repellent and it’s common knowledge that rape is widespread among [them].

The authorities have opened the frontiers of the country too easily and at the same time they have failed to identify those who come to work from those who intend to live either by expedients or crime.

Report of the Inspector for Italian Immigration to the American Congress, 1912.

Install Heroes Of Might and Magic 3 on Ubuntu Linux

iunie 04, 2011
This is an other small tutorial on how to install a game on Ubuntu Linux. Until now I've already explained how to install Football Manager 2011 on Ubuntu and I've seen that a lot of people are entering on my blog looking how to do that.
I think that you know Heroes 3 and that you've played in Windows but the story and the game play is calling you to play it also in Linux, no? First we have to download and install this game.
Download

I think that this is the easiest step, you just have to search on Google something like this download heroes 3 linux and I'm definitively sure that you'll find a site from which to download the game files ;).
Installation
After downloading the game you have to install it. If the *.iso file is compressed in a  *.bz2 file you have to uncompressed it. After that write in the Terminal this, after you go with cd command in the folder where the iso file is:
sudo mount -t iso9660 -o loop HMM3-Linux.iso /mnt/fakecd
In this moment the iso will…
Citiți mai multe 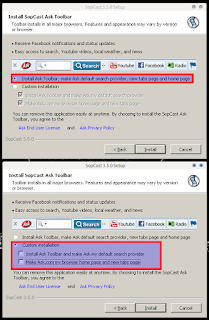